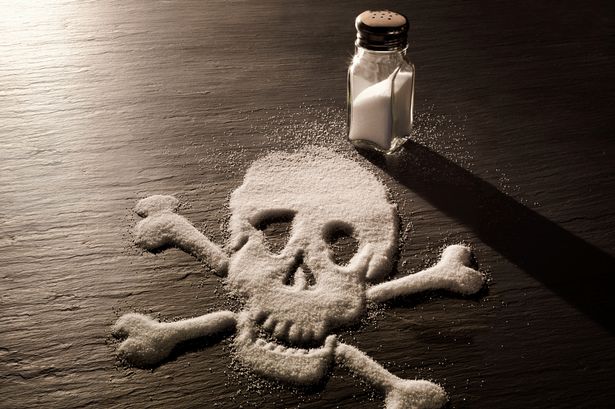 In the survey which has been announced today by World Action on Salt & Health (WASH), pizzas are being highlighted as a major source of our salt intake.  The average pizza is too salty.  Coverage in Metro, Telegraph, Guardian, Daily Mail.

The UK survey found that nearly three quarters (73%) of all restaurants and takeaway pizzas (586 out of 802) surveyed contain more salt per pizza than your entire maximum daily recommended salt intake (6 grams per day).

The survey was originally undertaken in 2011.  Since then, despite pressure from public health authorities and the media, 55 pizzas have actually increased their sodium content.

Another concern is that many of the supermarket pizzas are not being straight with the consumer… Too many as claiming that a portion is 1/4 of a pizza so that the nutrition information looks considerably better, when the vast majority of people will eat a full pizza for themselves.

Why is pizza too salty?

Where is this salt coming from in pizzas?  Most people will know that meat toppings such as pepperoni and sausage will have a high level of salt in them.  However, you may not know that cheese needs to have salt in it as part of the process of making cheese.  Therefore, if you have lots of cheese on a pizza, it will obviously be high in salt.  Also, there can be a surprising amount of salt in the base of the pizza.  Again, salt is useful in the process of making bread (but it’s not essential as we have shown with our products).  Therefore, the worst offenders in this survey are the thick based pizzas (salty bread), with lots of cheese and loads of meaty toppings.  You may think that this is tasty, but it is a dangerous combination…

Why is salt bad for our health?

Professor Graham MacGregor, Chairman of WASH and Professor of Cardiovascular Medicine at Barts & The London School of Medicine, stated,  “Eating too much salt puts up our blood pressure, the major cause of strokes, heart attacks and heart failure, the leading cause of death and disability worldwide. Reducing salt intake around the world would save millions of lives each year.

We have our own section here – Why is too much salt bad for you?

Taking responsibility for future health of the nation

It was stated in the press release accompanying the survey announcement that, “many manufacturers continue to fail to meet the targets set out by the Department of Health for 2012, and have not signed up to the new Public Health Responsibility Deal Salt Reduction 2017 Pledge.

We are pleased to let you know that Eat Balanced have signed our commitment to this pledge here.  We continue to keep our salt levels as low as possible, but still pack in lots of flavour – see Why we are Different

Why are Eat Balanced not in this survey?

Our pizzas are naturally very low in salt, and they always have been.  We made a decision not to submit our information because we are currently not in the supermarkets.  Having been in the supermarkets and not having a fun experience, we have now changed our strategy, and we are coming back stronger and wiser.  Please stay tuned to see what happens next!  Thanks.