We recently commented on the UK Government’s report calling for Bold and Brave action to tackle childhood obesity.  This included a number of recommendations, including a sugar drinks tax on full sugar soft drinks.  With George Osborne’s recent announcement in the March 2016 budget to introduce a 20% tax on high sugar soft drinks, we looked at the arguments from various angles:

The nutrition argument on the sugar drinks tax

David Cameron has been under pressure for some time from the medical profession, medical charities and high profile campaigners to set a 20% tax on fizzy sugar-sweetened drinks.   The cited reasons for this decision were:

An overwhelming body of evidence suggests that our children are getting fatter, have poorer dental health, and as obesity is primarily caused by excess calorie intake in relation to energy expenditure, the youngest generation are not taking enough exercise.

With a third of all children’s intake of sugar from fizzy drinks, we at Eat Balanced ask, is a sugar tax on soft drinks a good thing?  Especially when the tax revenues will be spent on increasing physical activity in children?

The poverty argument on the sugar drinks tax

There is a strong correlation between poverty and obesity.  In fact, the number one reason we hear for why families do not buy healthier food and drinks is because they are seen as too expensive.

On the other hand, Public Health England state that “Increasing the price of high sugar food and drink, whether through taxation or other means, is likely to reduce purchases of these products, at least in the short term.

A third angle here is that many commentators believe that the resulting price increase will only encourage consumers to “downgrade” to cheaper brands of the soft drinks, which will offset some or all of the price increase.  Worse still, the consumer could actually opt for the larger bottles, where we have noticed promoted 2 litre bottles of full sugar colas actually costing LESS than a 500ml bottle!

The industry argument on the sugar drinks tax

As a small business, at Eat Balanced we know how hard it can be for businesses to compete in a tough, global economy.  Yes, full sugar soft drinks do contain a lot of sugar, but is it unfair to penalise certain suppliers and customers, when there are so many other foods which contribute to excess sugar?

AG Barr, makers of Irn Bru, experienced a substantial drop in the value of its shares as soon as the sugar drinks tax was announced in the chancellor’s budget. They stated that they had already cut sugar levels so the measure was “extremely disappointing”.

However, measures have been taken in the past to improve public health with little effect on health, like the UK Government’s Responsibility Deal (RD) in 2011, which set out a series of voluntary measures for the food and drink industry to sign up to.

Though reformulation was most commonly listed in the delivery plans, something which we at Eat Balanced make our mission to do, the act of signing up to the voluntary agreements motivated disappointingly few organisations to implement such interventions.  The “softly, softly” approach seemed to have failed. Therefore, in order to make an impact, the UK government seems to have decided that a specific sugar tax might be one of the few options to get companies to actually make a difference.

The tobacco and alcohol argument

Although the sugar drinks tax is a bold and brave action which sends out a huge message to the food and drink industry, as well as the public, it is a long way from being the solution to the much bigger picture.  In the same way that banning smoking in public buildings was only one significant early step towards the huge improvements that we have seen in the instance of smoking in the UK.

In our opinion, the sugar drinks tax will only work as part of a larger obesity strategy.  Indeed, Joanna Lewis, Food for Life Strategy and Policy Director commented: “The Budget announcement of a sugary drinks tax from 2018 is a hugely symbolic and significant step forwards for the long-awaited Childhood Obesity Strategy.”

The 3A’s approach was adopted successfully by the tobacco and alcohol industry.

The strategy is hoped to adopt a similar approach and address the issues relating to:

A Government tax is a drastic action and can be seen by some as an unfair measure.  However, with childhood obesity reaching crisis point, this suggests that it is an issue of child protection.  The team here at Eat Balanced believe that it sends a huge message to the food and drink industry, and perhaps healthy eating and reformulation will now be taken more seriously.  If reformulation is stepped up and seen as a crucial part of a wider strategy it’s something which can only be a good thing. 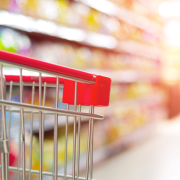 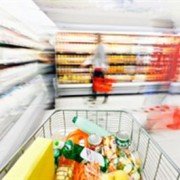 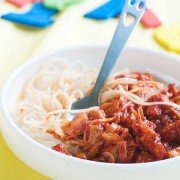 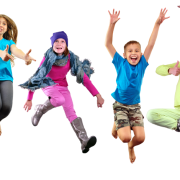